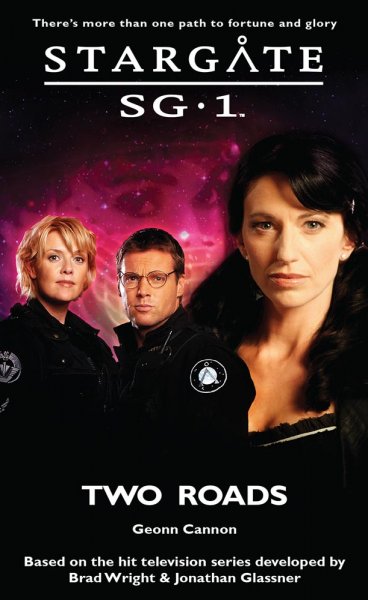 The spoils of war

The Goa’uld have been defeated, and the Jaffa are free. In the power vacuum left behind, the dark underbelly of the galaxy is fighting over the spoils.

Among these thieves and rogues is Vala Mal Doran, on the trail of the fabulous treasure left behind by the System Lord Kali.

But Vala is not the only one seeking the hoard. Back at Stargate Command, Dr Daniel Jackson has made a horrifying discovery — a doomsday device designed to exterminate the Jaffa who have dared to defy their gods.

Kali’s treasure might provide SG-1 with the means to disarm the device, but only if they can steal it back from one of the galaxy’s most ruthless criminals. Of course, it’s entirely possible that Vala Mal Doran will get there first...

Jack was waiting at the base of the ramp, arms folded casually over his chest, when SG-9 returned. They had radioed ahead to inform him of their findings, and his eyes locked onto Daniel as the Stargate disengaged. Jack raised his eyebrows at Colonel Getty. “I thought I told you not to let him touch anything.”

“My apologies, sir. I turned my back for one minute, suddenly it’s the end of the world.”

“I won’t judge you too harshly. I’ve been on the receiving end of that myself.”

Jack glared at Daniel. “First mission after defeating the Goa’uld.”

“A nice leisurely temple to explore, nothing to get excited about except a few dusty carvings.”

Jack thumped the back of his hand against Daniel’s chest.

“First time leaving your office in weeks and you go and find a doomsday weapon.”